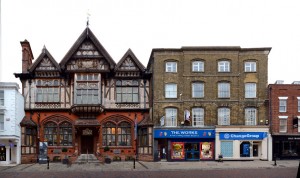 Edinburgh [scottish gaelic: Dùn Èideann; french: Édimbourg], the hill forth Din Eidyn by the Gododdin tribe was built sometime before 600 AD and the city was founded as a royal burgh in the early 12th century. Situated about 70 km east of Glasgow and ca. 550 km north of London on the southern shore of the Firth of Forth. 2nd largest city in Scotland, 8th largest city in the United Kingdom and 61st largest city in the european union.

Edinburgh, lying east of Glasgow in the scottish central belt, has been the capital of Scotland since the mid 15th century, hence it is the seat of the Scottish Parliament and of the monarchy in Scotland. The city is a UNESCO world heritage site since 1995, notably for its Old Town with Edinburgh Castle, the Holyrood Palace and the Royal Mile connecting the two, as well as the planned 18th century Georgian New Town. The city is also home to the National Museum and the National Library of Scotland as well as the Scottish National Gallery. Today the city is known for its strong economic, especially in the financial sector and the tourism industry, as well as its cultural festivals, especially the Edinburgh International Festival and the Fringe Festival.

Victoria Street is the historical, being called West Bow then, entrance to the Castle Hill from western direction. It was transformed to its current shape in the early 19th century and renamed Victoria Street when Queen Victoria was crowned. Most buildings were errected in the mid 19th century, though some older buildings remained at the foot of the street. Here we see the grand India Buildings from 1864 on the left and the former St. John’s Church from 1838 in the middle.

For classic view and more infos about the street:

We documented several more streetline views in the Old Town and New Town of Edinburgh (see Edinburgh blog post) including the complete Royal Mile. This section of the Royal Mile (Lawnmarket) has been published before:

And a preview of the Royal Mile along the High Street:

Another unfinnished preview of the Jenners department store in the New Town: